BOOK AT THE BEST PRICE

Find the North Points of interest 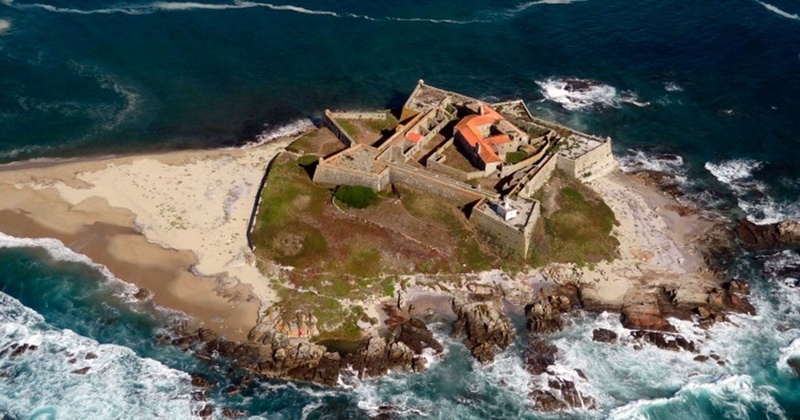 From time to time, when the tide leaks, sandbanks are formed where you can walk to the Fort of Ínsua, located on an island near the estuary of the river Minho, in Moledo, Caminha. The retreat of the sea has allowed several times access to the Fort of Ínsua by land, through a language of sand that connected the coast to that islet of sand and stone. The documentary evidence records this event in 1582, 1629, 1708, 1895 and 1947. In 2001, the phenomenon was repeated, although the level of the water by the knee.

The Forte da Ínsua was built in the 17th century, under the reign of King João IV, to defend the Convent of Santa Maria de Ínsua (built in the century XIV), that is in the place of arms of the fort, and to reinforce the defense of the Portuguese coast during War of the Restoration.

It also has a freshwater well, one of only three in the world. The fortress can be visited by the public, being the crossing to the inshore assured by the Captaincy of the Port of Caminha. 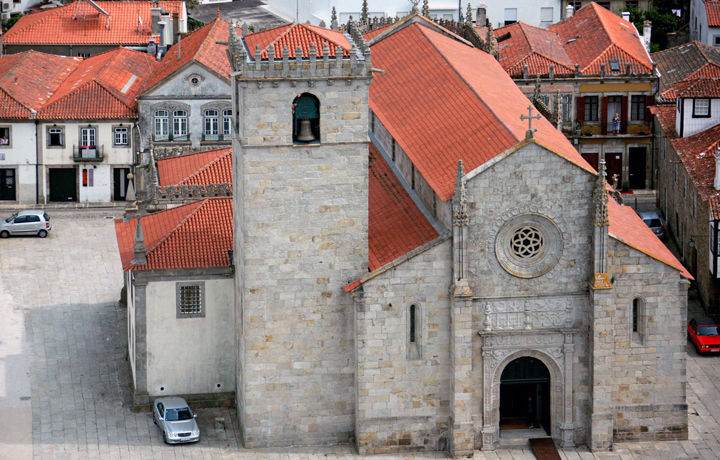 The Mother Church of Caminha also referred to as Church of Our Lady of the Assumption, is located in the village and municipality of Caminha, Viana do Castelo district, in Portugal.

Parish church under the invocation of Our Lady of the Assumption, is one of the largest and most important religious buildings in the north of the country.
PHOTOGRAPHY: http://www.culturanorte.pt 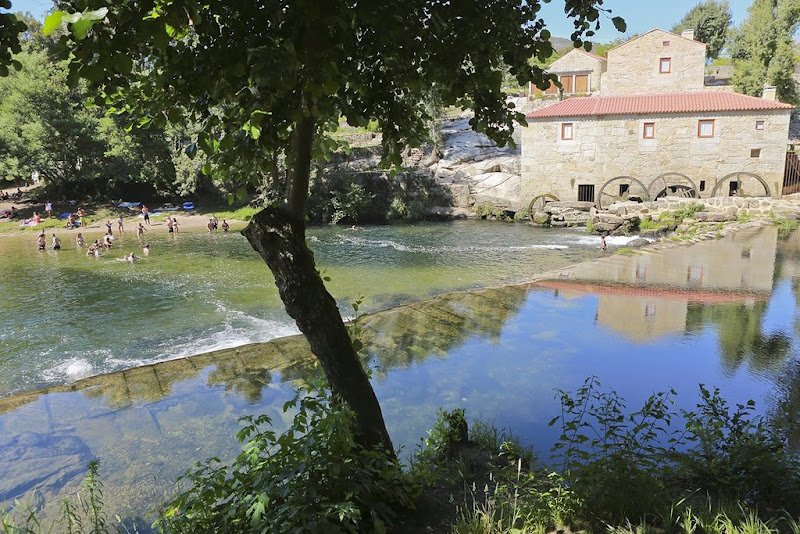 The APA - Portuguese Environment Agency, has just classified Praia das Azenhas in Vilar de Mouros, describing it as a "rural beach, surrounded by natural landscape, fresh and clean water course, surrounded by landscapes of intense vegetation" Junta de Freguesia de Vilar de Mouros recalls that this was an old aspiration and that the Junta itself had already been doing a lot of diligence to make this beach worthy of classification, as explained to Geice the President of the Parish Council of Vilar de Mouros , Carlos Alves.

Among the works carried out in the space by the Parish Council are the elimination of barriers for people with disabilities and the creation of more pleasant areas for the many people who go to that beach PHOTOGRAPHY: www.cm-caminha.pt 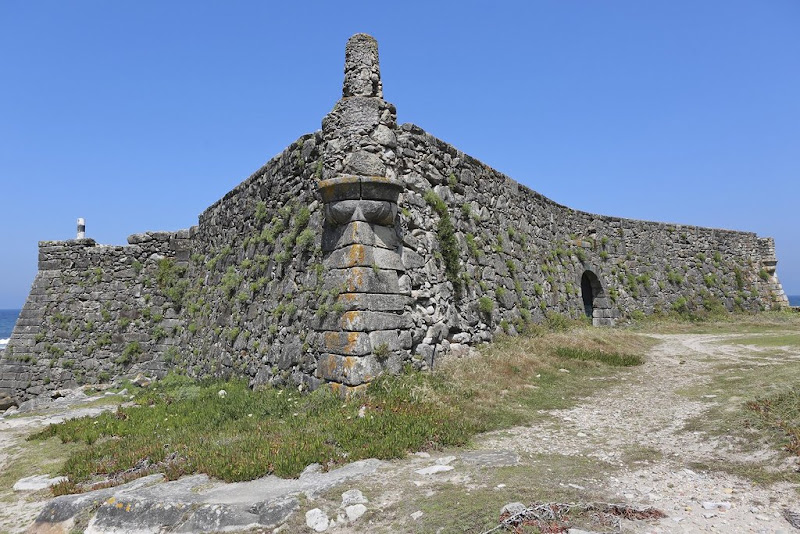 Fortim do Cão, also referred to as Forte do Cão, is located in the place of Gelfa, south of the village and parish of Vila Praia de Âncora

Minigolf Park
of Leisure of the Castelinho

Taking a prominent position in the village (in Praça do Município), this green space, beyond having a mini-golf course with different difficulty levels, also has a climbing wall, swimming pools, and Aquamuseu do Minho, a space dedicated to the fauna and flora of the river Minho. 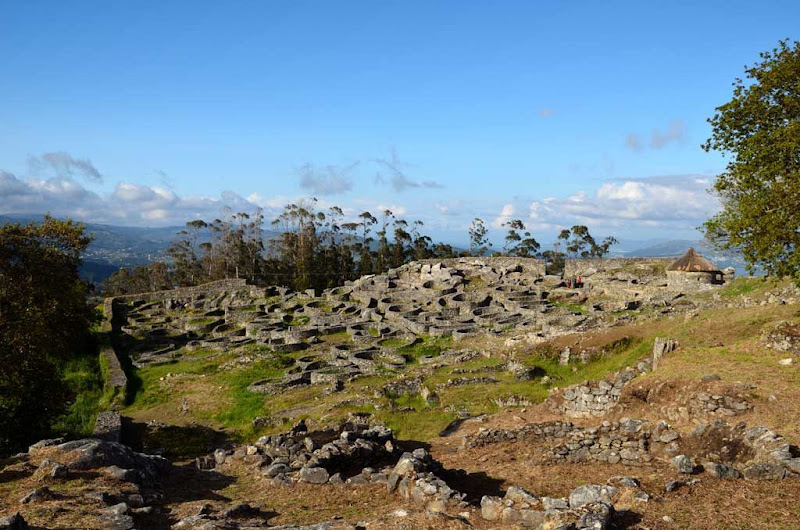 The Castro of Santa Trega is a castro and an archaeological site that is in the outline of the mount of Santa Trega, in the county of A Guarda province of Pontevedra. Belonging to the castreja culture and the most emblematic and visited of the Galician castros, it was declared National Artistic Historical Monument in 1931 and also has the consideration of Well of Cultural Interest.
The castro, according to the thesis maintained by de la Peña Santos, director of the last campaigns of archaeological excavations in the 1980s, had a continuous occupation between the first century BC, shortly after the Romanization process began in Galicia, and the first century and that from that moment began a slow process of abandonment, which might well have been interrupted by temporary sporadic reoccupations in the Late Roman period. Petroglyphs were also found in several of the stones of the hill, elaborated around 2000 years before the occupation of the castro. 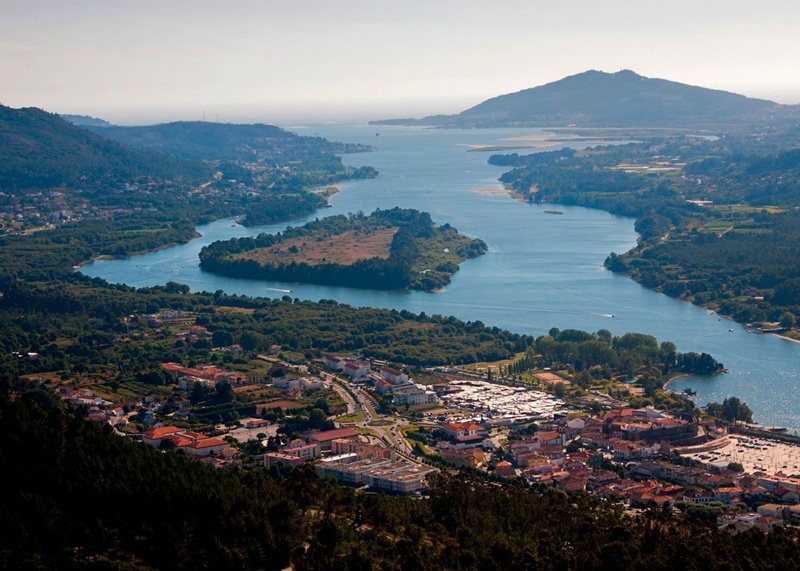 Climb up to the Alto do Crasto hill and discover one of the most well-known belvederes of Vila Nova de Cerveira.
Here you will find a magnificent iron sculpture by José Rodrigues called 'Cervo', which gave its name to this viewpoint. This appears as a tribute to the symbol of the village where, in the past, deer abounded.
Despite being situated at only 300 meters of altitude, the Cervo Miradouro offers breathtaking views of the village of Cerveira and the river Minho and is a place of choice for nature lovers.
PHOTOGRAPHY: www.e-konomista.pt/vila-nova-de-cerveira-roteiro/ 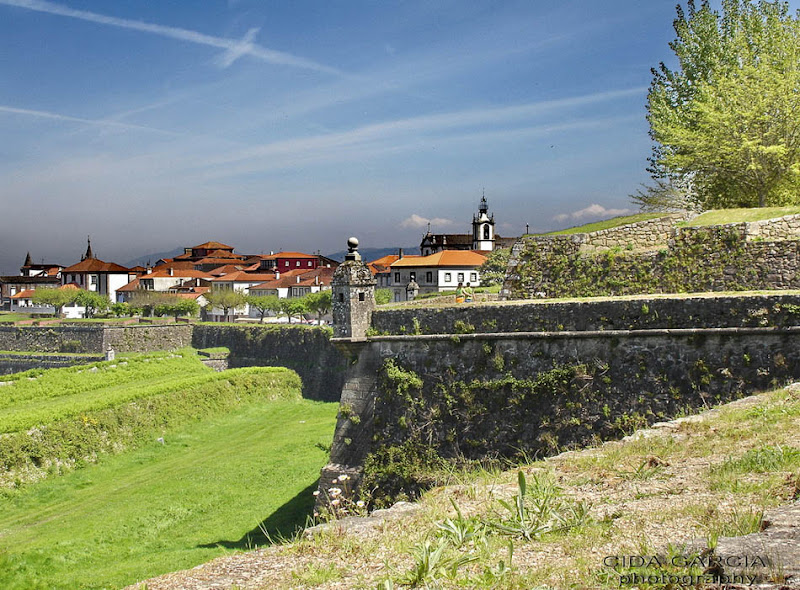 Set on a hill on the left bank of the Rio Minho, Fortaleza de Valença dates back to the transition from the 12th to the 13th century.
Classified by the Portuguese State as a National Monument, it was intended to defend the town and the crossing of the Minho River.
The fortified complex of Valença is one of the most notable Portuguese specimens and occupies an area of over 21 hectares. The compositional elements of the defensive system present several formal typologies, creating a true showcase of the military engineering solutions practiced in Portugal. 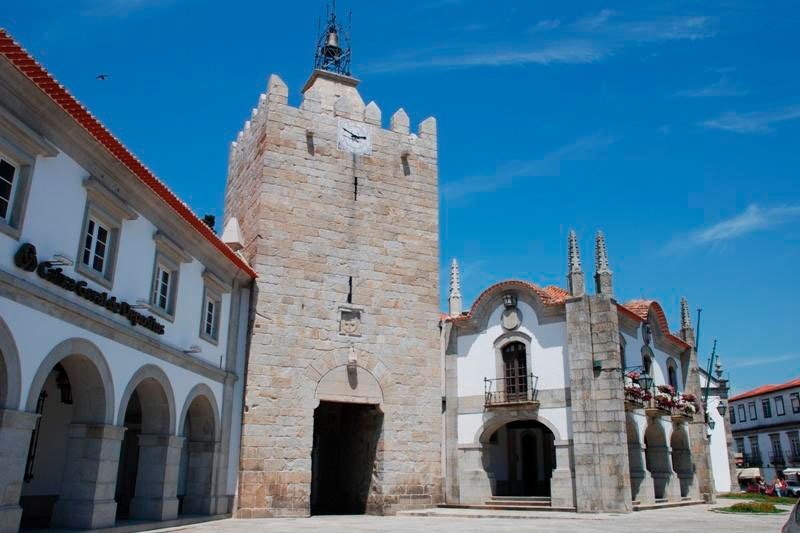 Built in the 15th century and a national monument since 1951, the Clock Tower is the main symbol of the town of Caminha. At the top of the tower was placed the watch that would come to name it.
Belonging to the old defensive fence of the village, this medieval monument underwent several remodeling works and opened to the public in 2008 as a museum space, housing the Museological Nucleus of the Historical Center of Caminha, which describes the urban history of Caminha. 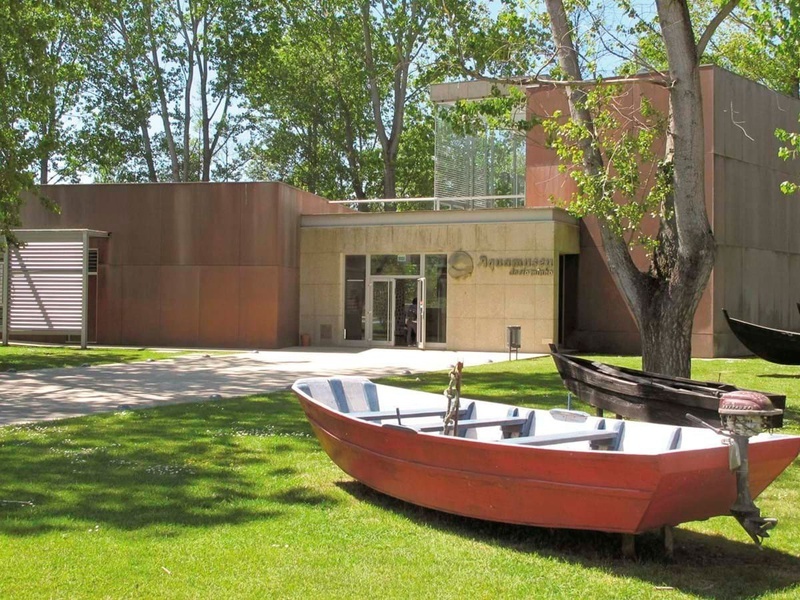 Discover all the wealth of the Minho River between four walls!
Created with the main purpose of promoting and divulging the natural and cultural heritage associated with the Minho River, the AquaMuseu do Rio Minho is today one of the biggest tourist attractions in Vila Nova de Cerveira.
Take a trip along the whole river following a set of aquariums placed in order with the most representative species of the river: trout, mullet and lamprey.
In the public Aquarium of Rio is exposed the aquatic life of the most characteristic biotopes of the river Minho, divided in a zone of nascent, intermediate zone and zone of estuary. Visitors will follow a route that will simulate the descent of the Minho River, from the source to the mouth. In an outer zone of the building there is a lonret, a species still present in the watershed.
Go visit this area and discover the Rio Minho without having to get wet. 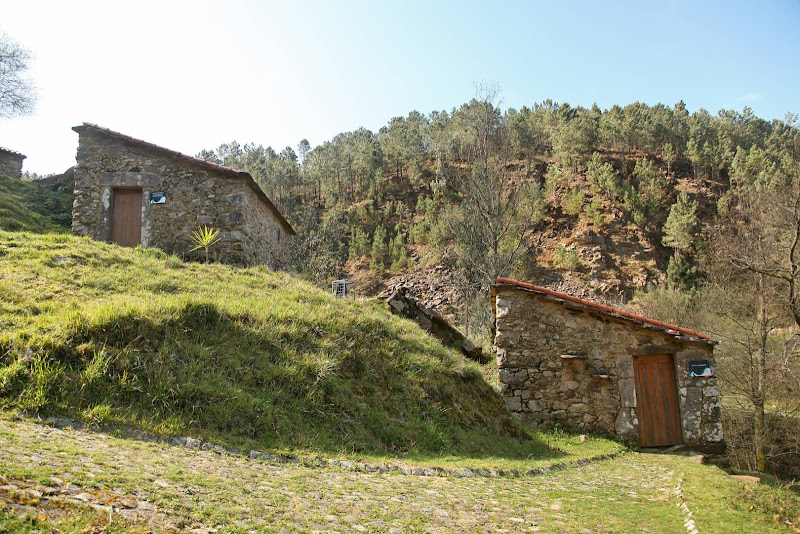 The Interpretative Center of the Moinhos da Gávea results from the recovery of five water mills and their subsequent transformation into a museum space.
See how the traditional water route is and also how the Bread Cycle works. In addition, the Interpretative Center of the Mills of Gávea covers several topics related to the milling, including the different grinding systems.
Come and make a real trip back in time and discover the most genuine historical and cultural traditions of the region! 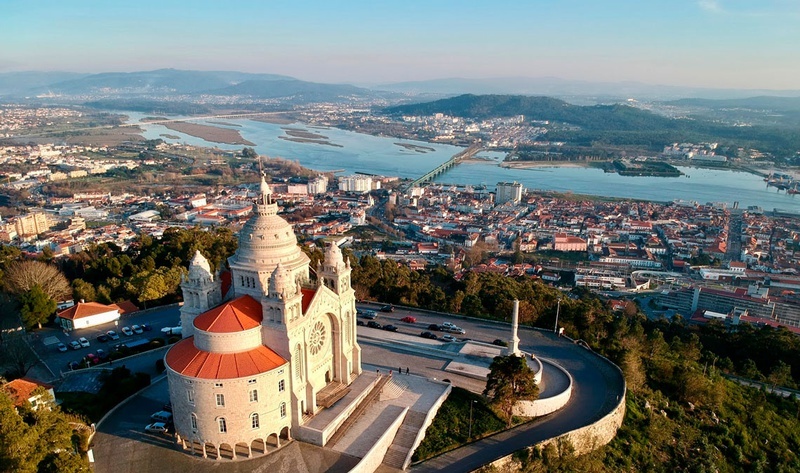 Situated between the sea and the mountains, Viana do Castelo is one of the most beautiful cities in the north of Portugal.
During the time of the Discoveries it was the starting point of many Portuguese explorers who embarked for the discovery of the still unknown world.
Enriched with palaces, churches and convents, fountains and fountains, Viana do Castelo presents today a patrimonial heritage worthy of visit. 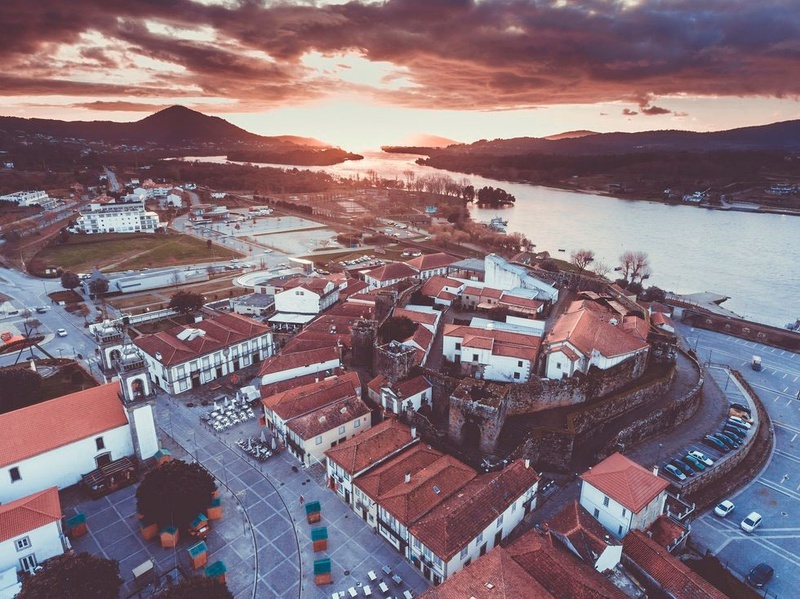 If you are going to visit Vila Nova de Cerveira, one of the first things to do is discover the Castle.
Dated from 1320, this wonderful monument was built by King Dinis. Even today, its eight towers and walls stand about 7 meters high. Some of the original doors still remain and, inside, besides churches, offers wonderful views of the Minho River.
Classified as a national monument, the Castle of Vila Nova de Cerveira now houses an inn, the Pousada de D. Dinis.

Located in an area of great natural beauty, Moledo Beach stands out for its breathtaking landscapes.
The strong swell makes it ideal for surfing and windsurfing during the summer.
On the small rocky island in front of Moledo Beach you can find the wonderful Fort of Ínsua, built in the 16th century. 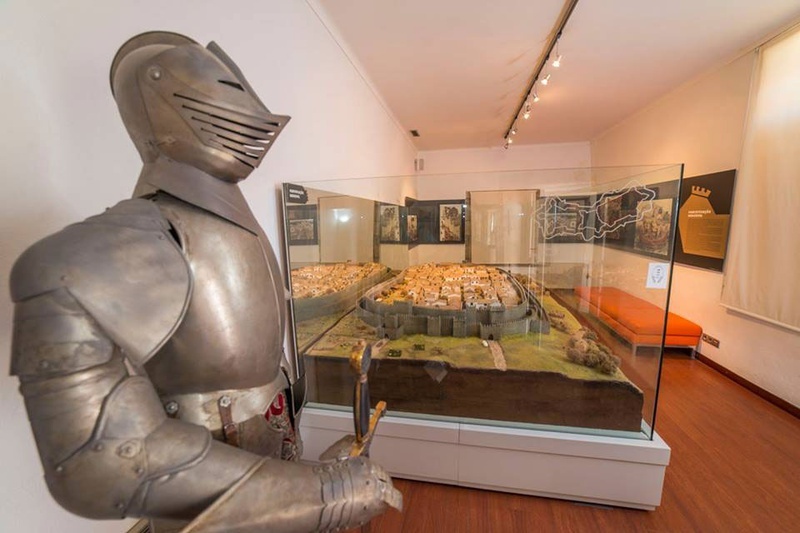 Come and relive some of the most significant periods in the history of Valencia right here, in the Municipal Museological Nucleus of Valencia.
Situated in the old chain, it gives you the unique opportunity to visit Valença's pre-history and medieval times, preserving the cultural memory of the city. 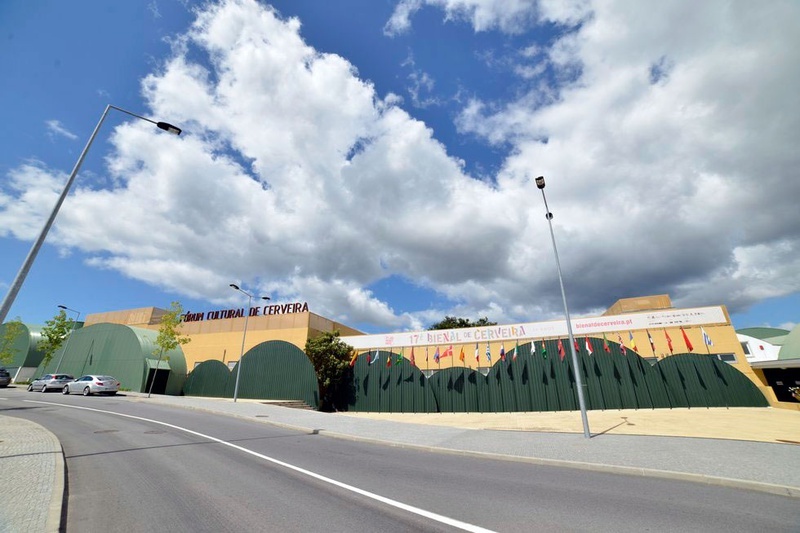 Come and see the evolution of Plastic Arts in the last 35 years!
Inaugurated on November 1, 2005, the Cerveira Biennial Museum brings together a wonderful collection of more than 500 works of art by great Portuguese and even foreign artists.
With the organization of periodic exhibitions, the Museum aims to promote contemporary art at national and international levels.

PHOTOGRAPHY: https://www.cm-vncerveira.pt/
BE THE FIRST TO FIND OUT ABOUT OUR OFFERSSubscribe and Follow us
Offers
Resort's Map